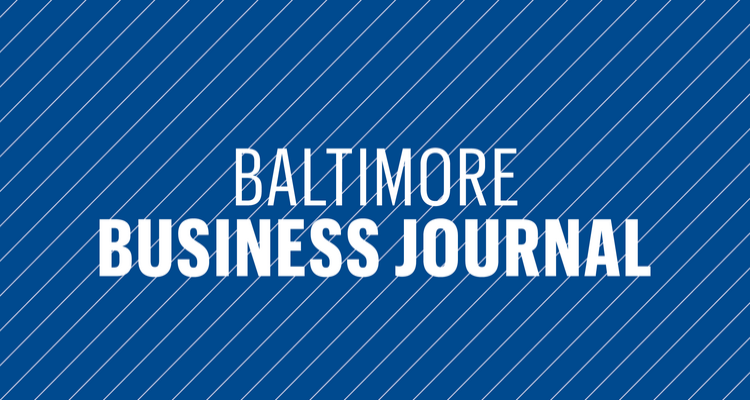 This week, Bill Cole sat down with Carley Milligan from the Baltimore Business Journal to discuss the future of Cole Roofing and how he believes that technology will impact the roofing industry.

“Roofing remains one of the hardest and dangerous jobs out there. Anything we can do to assist the human labor needed to do hardest grueling parts of the work while limiting the numbers of humans we have to put up in the air seem to both make sense for a more efficient, safer and cost effective future for roofing”. – Bill Cole 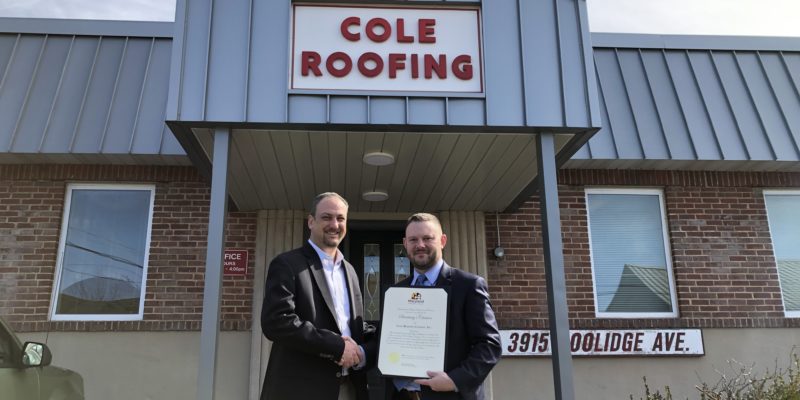 Today Cole Roofing was presented with a Secretary’s Citation to commemorate the company’s 100th anniversary!

We are so grateful to the Department of Commerce for honoring us with this certificate and for helping us celebrate this significant milestone. 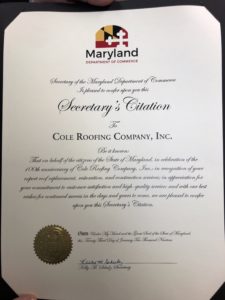 What does it take to run a 100-year-old family business?

To find out, The Daily Record’s Adam Bednar sat down with Cole Roofing President Bill Cole for the Ground Up Podcast. During their chat, Bill talked about the history of Cole Roofing, how technology is changing the industry, and providing second chances with meaningful career opportunities.

Click here to listen to the full episode and hear Bill discuss what it’s like to run a fourth-generation family business that has been in operation since 1919.

In 2019, a fourth generation of Cole Roofing employees continues to carry out the company’s tradition of building and repairing roofs for some of the region’s most demanding commercial projects.

“Since Babe Ruth’s prime through the birth of the Chesapeake Bay Bridge and the I-95 corridor, Cole Roofing has been there to see it,” said William (Billy) Cole, president of Cole Roofing. “We are thrilled to be celebrating our 100th year in Maryland, and poised to carry the company forward for generations to come as we continue to adapt to new advancements in roofing and construction.”

The Cole family business began in 1919 when John H. Cole Sr. recognized a need in Baltimore for gutter and spout services, as well as the growing opportunity of home heating through internal duct systems. Working out of his basement on Bel Air Road in the Frankford neighborhood, he soon built a reputation for his commitment to superior workmanship and customer service.

By 1944 Cole Sr.’s wife, Mary, found herself running the business after Cole Sr passing away suddenly. With four sons in World War II the call was made to find them and bring them back home. Fortunate for the 1000s of team members who have worked for Cole over the years, Mary carried the business until John H Cole Jr and Roland H “Bud” Cole returned and got to work. The City of Baltimore was growing, and so did opportunity for the Cole family. In 1955, an opportunity to install slate roofs on a new development at Loch Raven Village presented itself. Despite their limited experience in roofing, they took the job and completed it on time and under budget. The roofing business took off from there.

By the 1960s, under the persistent direction of Cole Sr.’s son, Bud, the business began to flourish. Moving the company towards commercial roofing and maintenance, the company’s outlook began to show promise. Bud’s son, William Roland “Bill” Cole., took over the company in 1989. Leading the company to adopt much needed process the business continued to grow. After years of customers referring to the company as “Cole Roofing” the company officially changed its name from John H. Cole & Sons to Cole Roofing Company, Inc. in 1998.

Today, Cole Roofing employs more than 100 team members out of its offices in Arbutus, including a number of father-son tandems. The company takes pride in the large number of opportunities they have provided fellow community members through meaningful employment.

“From our very first gutter job to today’s solar integrated roof systems —and tens of thousands of projects in between— Cole Roofing continues to deliver on my Great Grandfathers original promise,” Billy Cole said. “For 100 years, the company’s commitment to its customers and its employees continues to reinforce its trusted reputation throughout the architectural and construction communities in Maryland.”

Throughout 2019, Cole Roofing will be celebrating its 100th anniversary with its employees and customers across the state of Maryland. 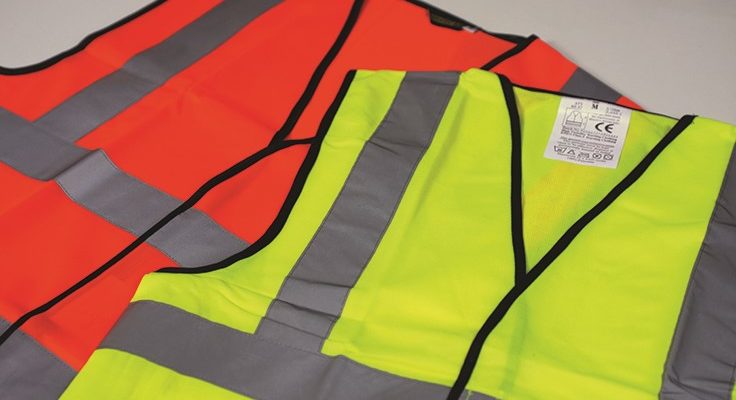 Due to Cole Roofings exceptional safety record, they have received a very low, and very rare .46 Experience Modification Factor(EMR).   In the United States insurance industry, an experience modifier or experience modification is an adjustment of an employer’s premium for worker’s compensation coverage, based on the losses the insurer has experienced from that employer.  An insurance expert congratulated Cole Roofing saying, “To have an EMR at such low levels in your industry is almost unheard of”.